Perspective/Retrospective is a performance that was conceived for the Loops project.

The first act of the performance took place in the show LOOPS at the Palais de l'Athénée in Geneva. Two performers cut the exhibition catalog in two parts during the opening of the show. One part was taken away, the second one was glued on the wall as a tapistery.

The second act of the performance took place one month later in the show HTWW at Le Commun in Geneva. Every sunday during the opening hours of the show, a performer binded the unused part of the cut catalog from the first performance. A new text and a cover was added forming the "final" Loops publication. 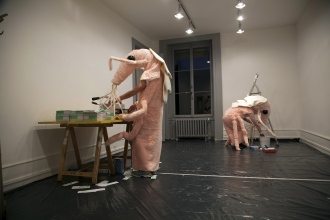 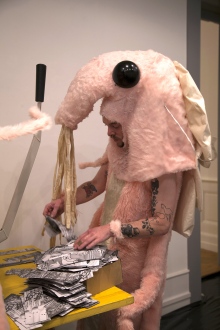 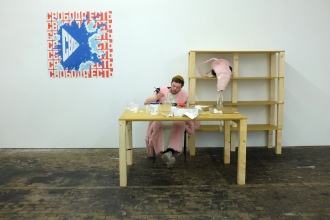 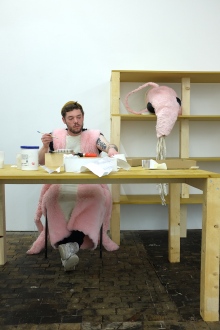